Words, pictures, and video simply do not convey what it was like to be there at the Great American solar eclipse of 2017. I never knew one minute and fifty seconds could go by so quickly. I hope you had the chance to see totality for yourself.

After patiently waiting for the weather forecasts, I carefully weighed the options (Nashville, South of Knoxville, South of Greenville) and selected the Nashville area as the best chance for the least amount of clouds. We were going to drive up really early on Monday morning, but my Dad found some really cheap hotels in Huntsville with his hotel points. While we increased our total driving time, we decreased the amount of traffic we had to deal with and we also split our continuous driving time in half, which made all of the difference for the big day.

Some friends of ours invited us over to their apartment where we camped out on top of the parking garage. It was a very good spot. We were concerned with the amount of clouds above, but we got lucky and the clouds cleared about 10 minutes before totality.

I had purchased a telescope and DSLR adapter for this occasion. Solar glasses were also procured some months in advance. I did not anticipate the supply of solar glasses to be so low right before the eclipse. The fake glasses probably contributed quite a bit towards that; hopefully, no one damaged their eyes because of the fakes.

Having never photographed the Sun (actually, it was my first time using the adapter), it took me a while to figure out the best way to line up everything and get proper focus. The terrible tripod I was using didn’t help matters in the least. I learned my lesson: pay top dollar for the tripod. Also, while parking garages are made of cement, they are not 100% stable. The telescope would move every time someone would walk past. Who knew?

I also committed the silliest mistake a photographer can possibly make: I shot in JPEGs, not RAWs.

Yep, I’ll be kicking myself for the next seven years over that one.

However, the photos I did get are just about on par with the rest of the world, so I’m quite happy about that. Here are a few shots. 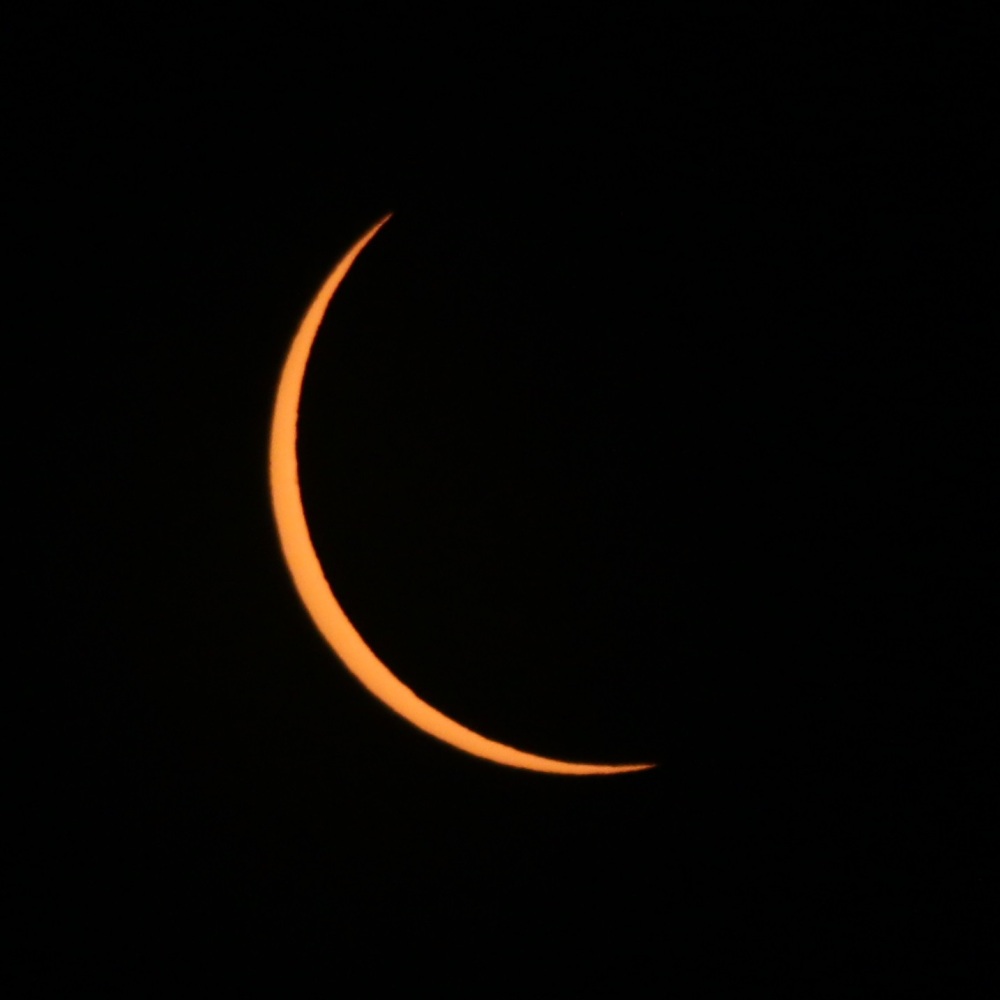 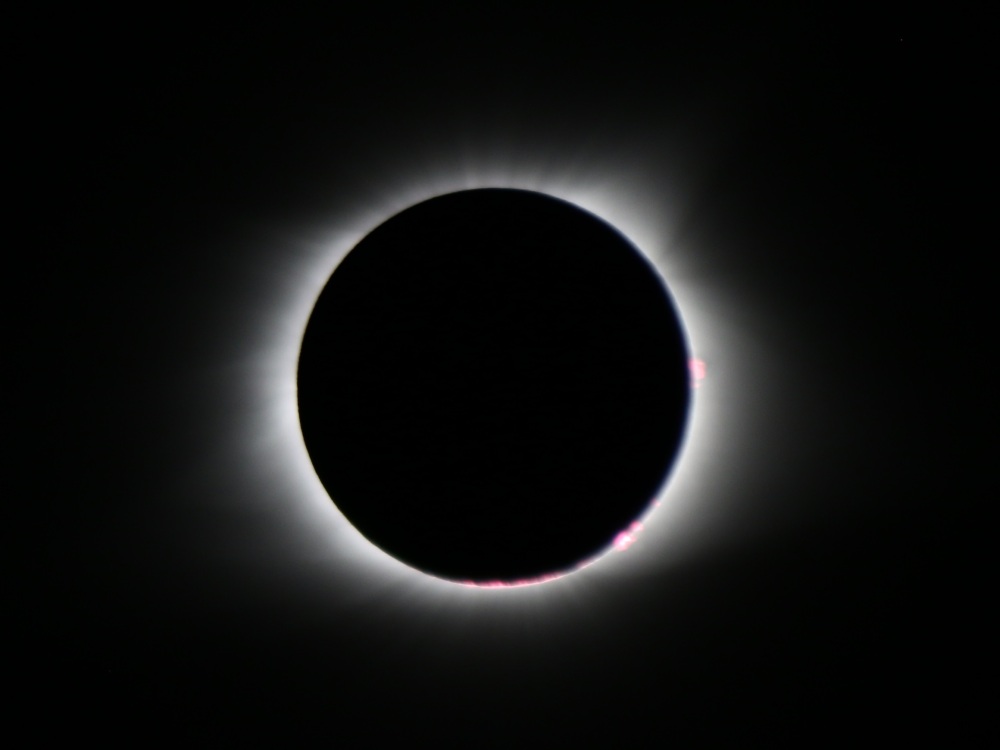 The red at the edges are solar prominences.

Oh yeah! The diamond ring in all it’s JPEG glory!

I plan to attempt printing this out and hanging it in my new apartment. It will make a fine first picture on my walls.

Here’s the video I captured. Lots of shaking; sorry.

I will definitely be going to the next eclipse in seven years. I already have a long list of improvements. This eclipse was only 2:41 at the max, the next will have a max of 4:28. I’m sure it will still feel like 15 seconds.